ARTWORK BY WILL HOOKER

About the Sustained Investigation:
My sustained investigation was guided by an inquiry into the human mind. Originally an exploration of human nature, but over time my investigation evolved into a study of our most basic fears, desires and instincts.

My background in paleoart and landscape painting was very useful to me. The sustained investigation allowed me to combine these two practices together, something I’d never imagine doing.

Science fiction has been my source of inspiration. After reading or watching, I would always start with the sketchbook, where I would jot down several ideas and work out morphology. To me, the best way to communicate my message was through the re-contextualization of monsters (commonly used in the sci fi genre) by altering their anatomy, the setting or time.

For example, "Save the Suppliant Soul" represents isolation/abandonment. "Close Your Eyes" shows childhood trauma, whereas "Rip and Tear" shows irrational fear among adults. Every piece explores a dark human quality. Each monster symbolizes one of these traits, and are ultimately pitted against one another in "A Shroud of Dreams" as figments of a person’s imagination, metaphorically vying for control of the mind.

A Shroud of Dreams 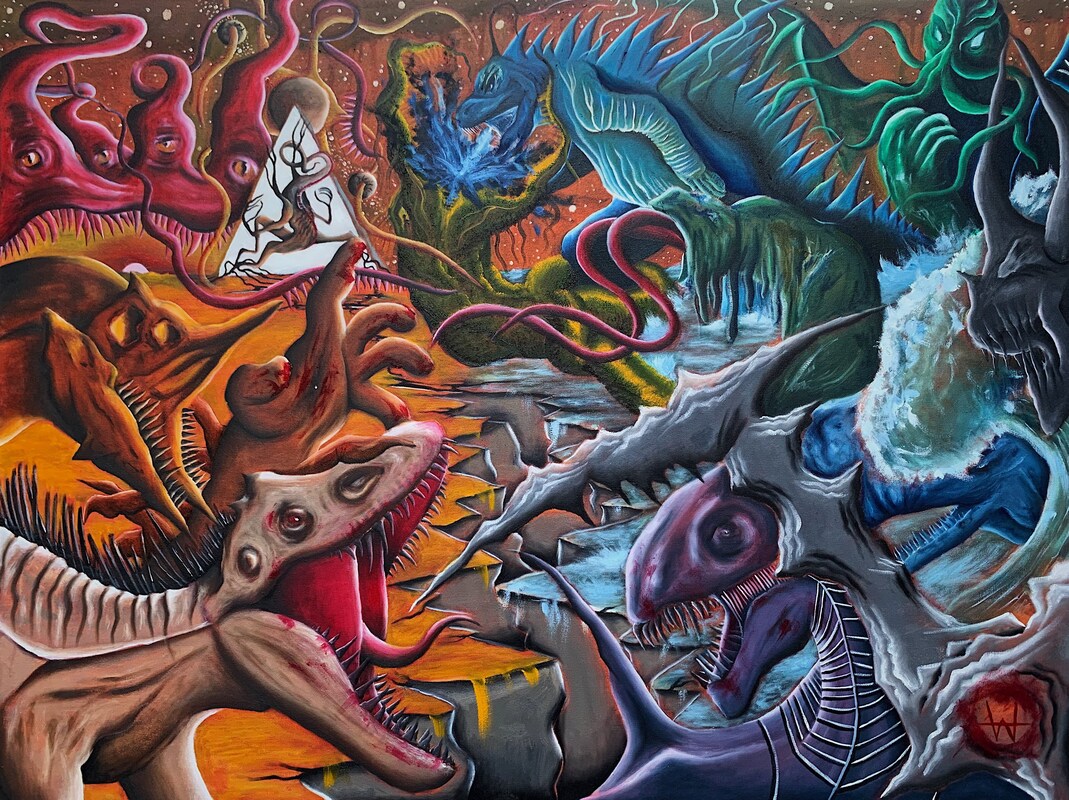 The Pantheon of Darkness 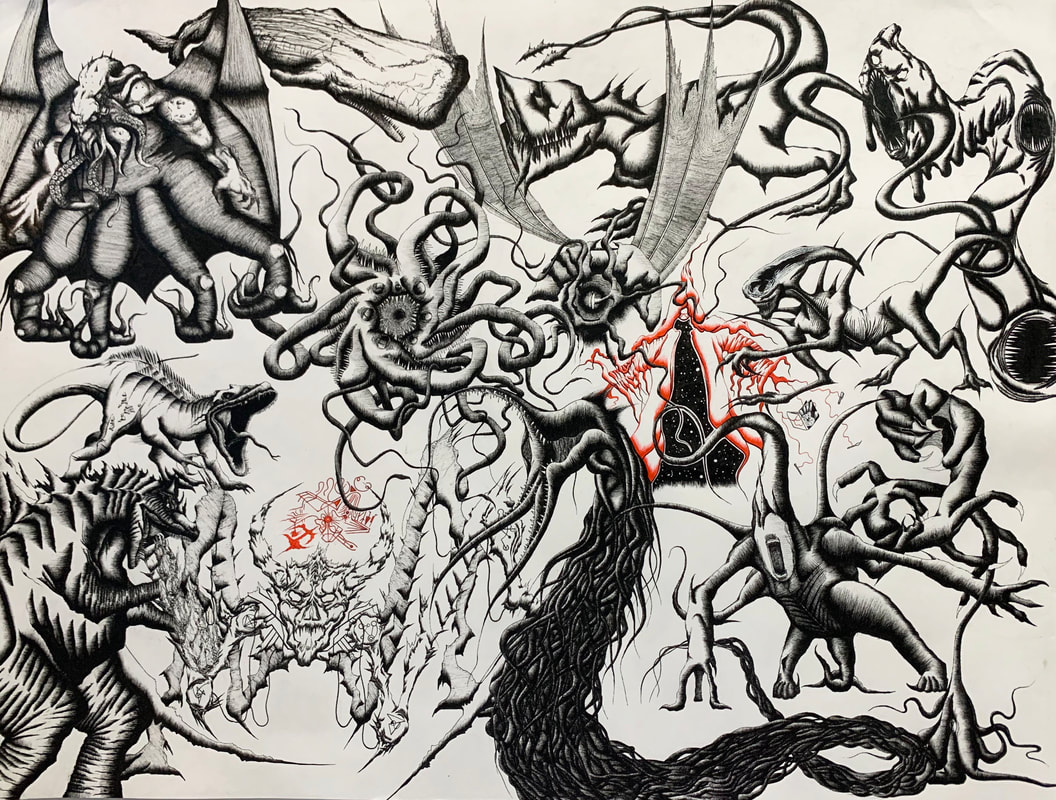 A Placid Island of Ignorance

Save the Suppliant Soul 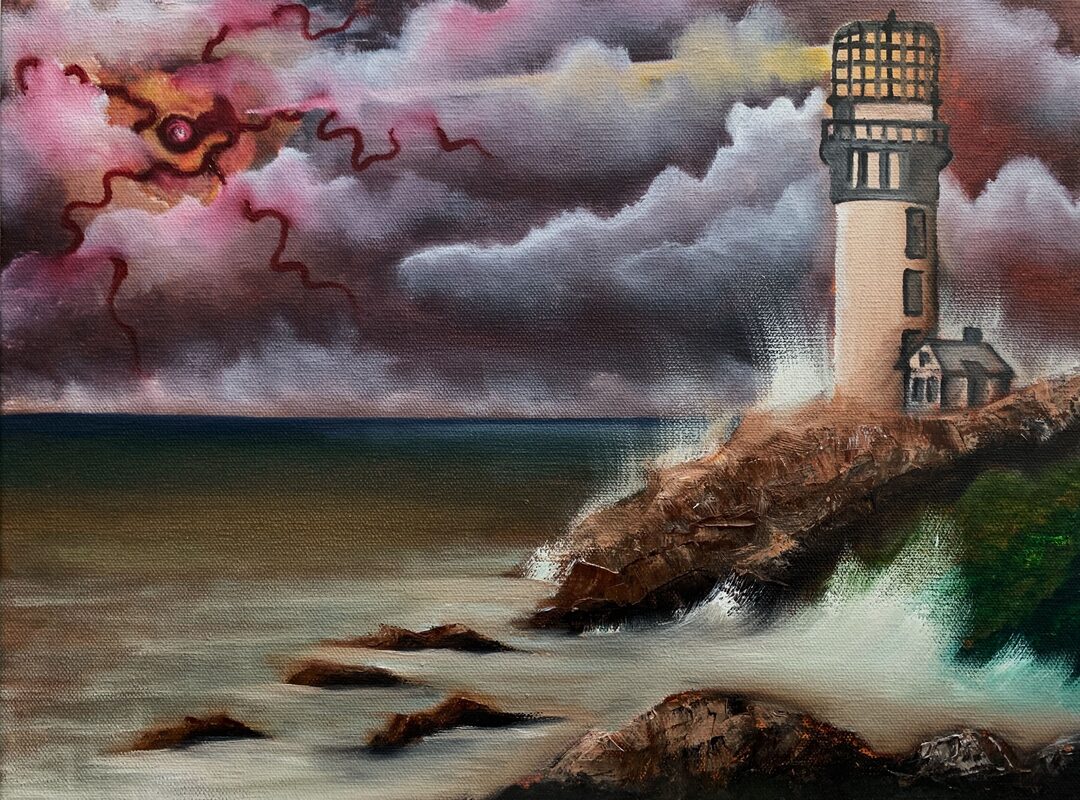 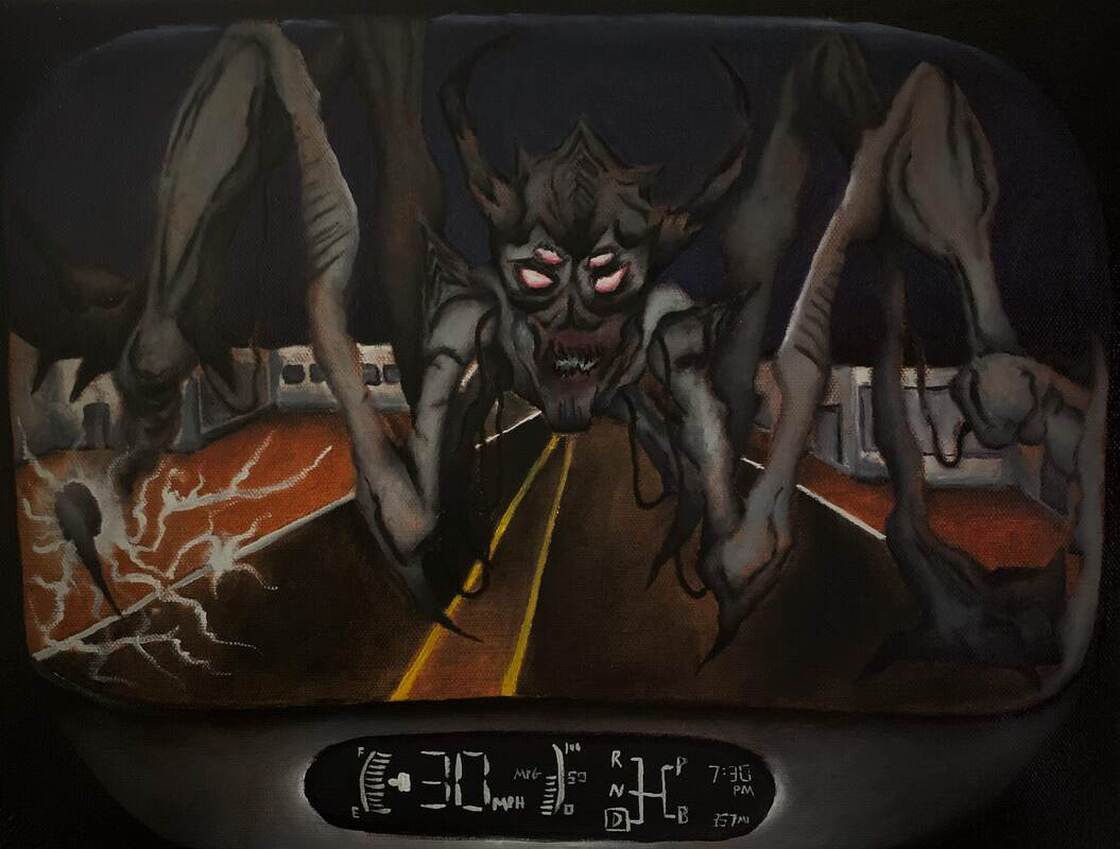 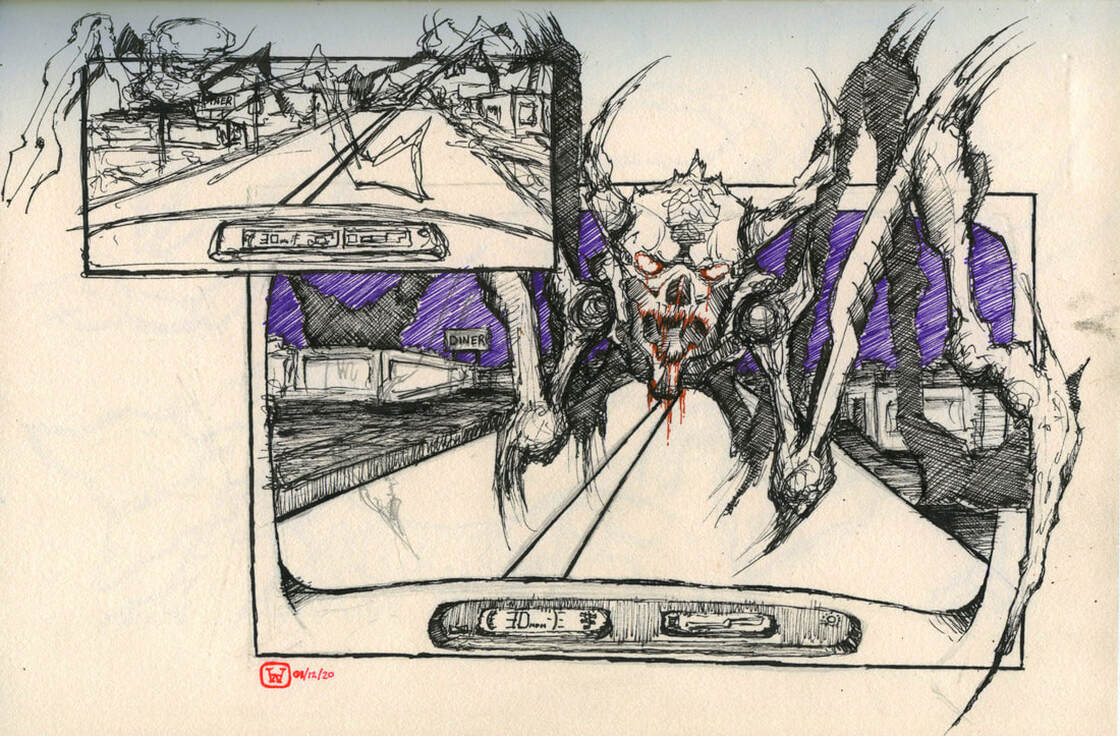 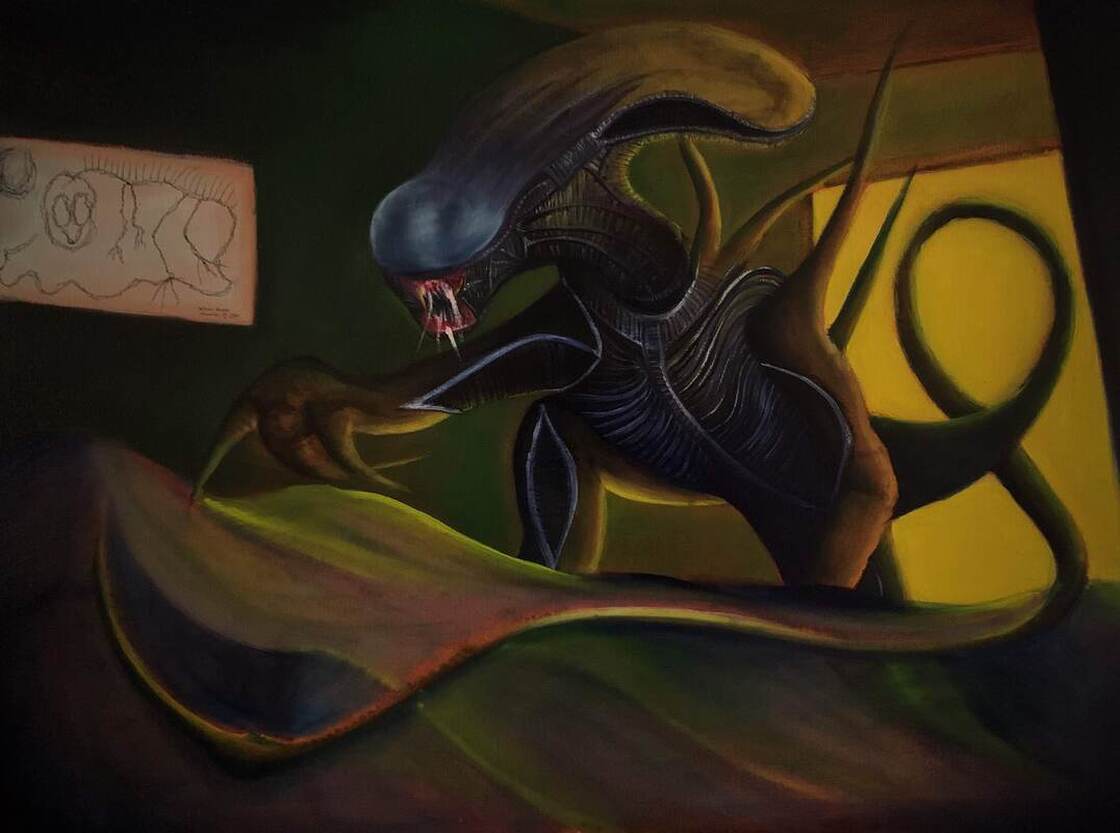 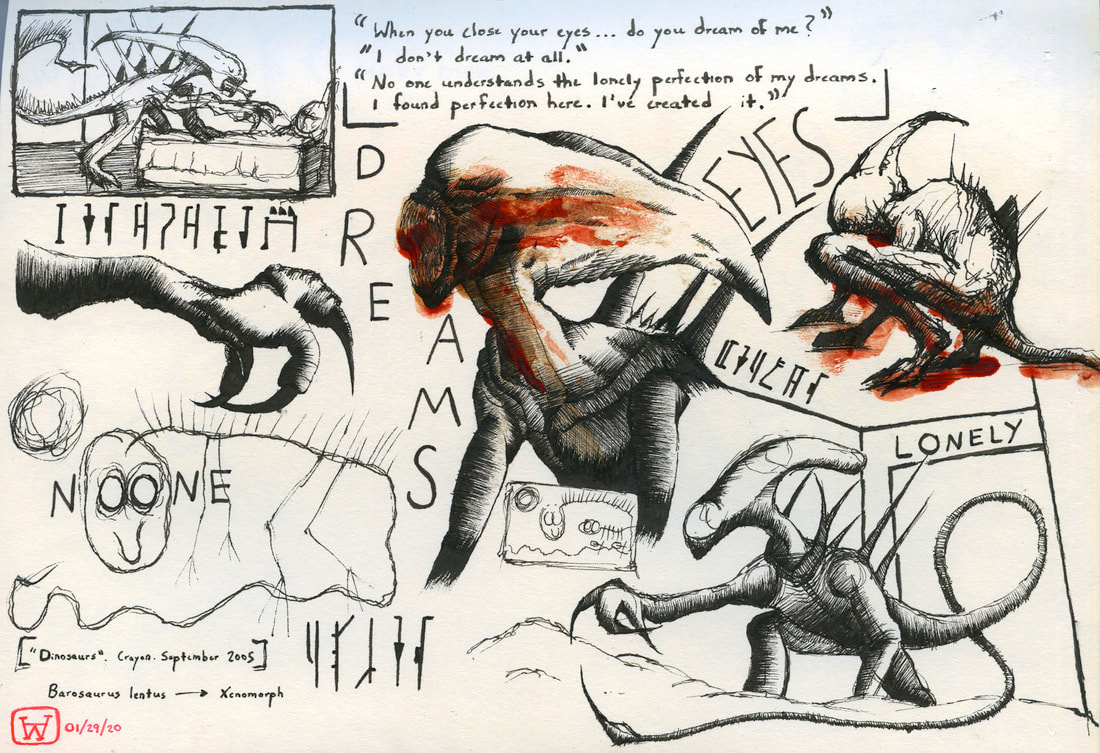 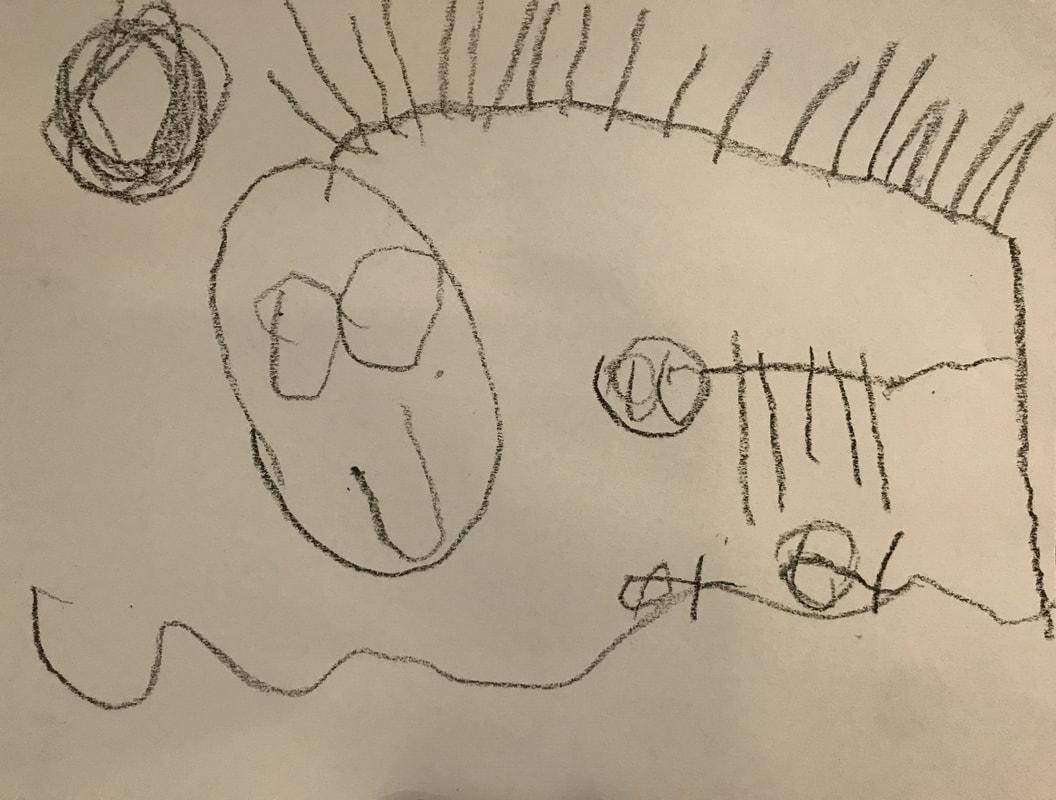 Beyond the Waking World

"And because mere walls and windows must soon drive to madness a man who dreams and reads much, the dweller in that room used night after night to lean out and peer aloft to glimpse some fragment of things beyond the waking world and the greyness of tall cities. After years he began to call the slow-sailing stars by name, and to follow them in fancy when they glided regretfully out of sight; till at length his vision opened to many secret vistas whose existence no common eye suspects. And one night a mighty gulf was bridged, and the dream-haunted skies swelled down to the lonely watcher's window to merge with the close air of his room and make him a part of their fabulous wonder."
H.P. Lovecraft
Azathoth (1922)

Beneath the Loveliest Tints of Azure

The Screams of Nightmare

How the End Comes